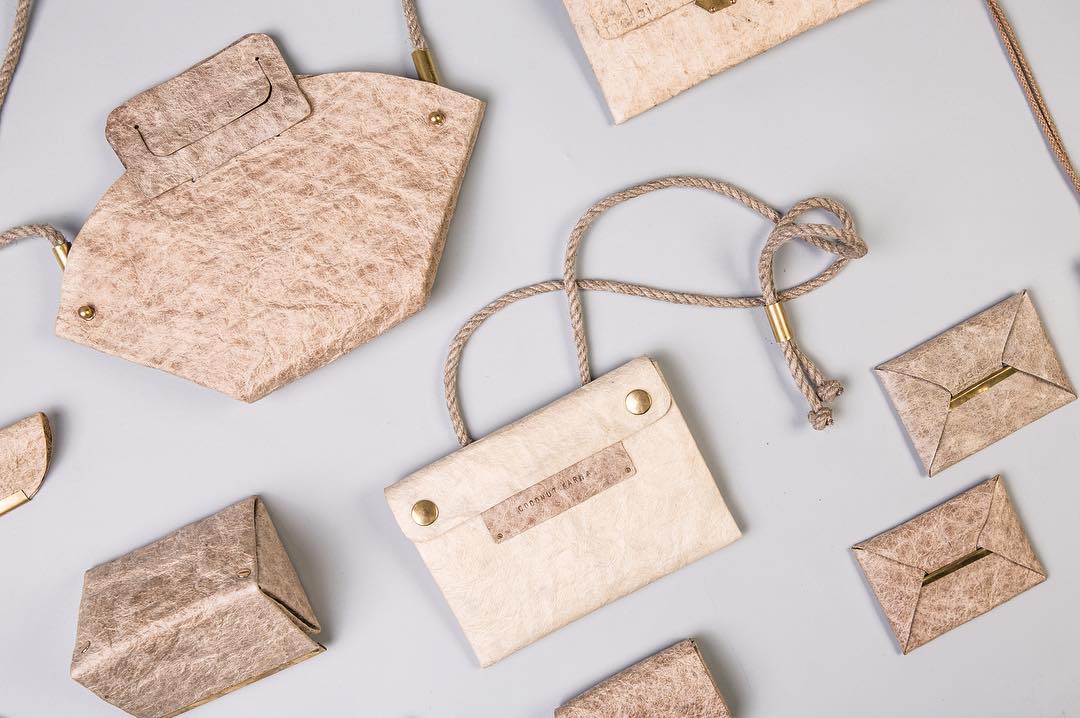 Imagine wandering down the Via Montenapoleone, on a sunny day in Milan. You might pass Bottega Veneta,  Ferragamo, Fendi… who, for centuries, have been known as the defining purveyors of the finest, buttery-soft, genuine cow’s leather. For centuries people have bought into the material as synonymous with craftsmanship and quality. After all – why buy a fake leather jacket when you can get the real thing? 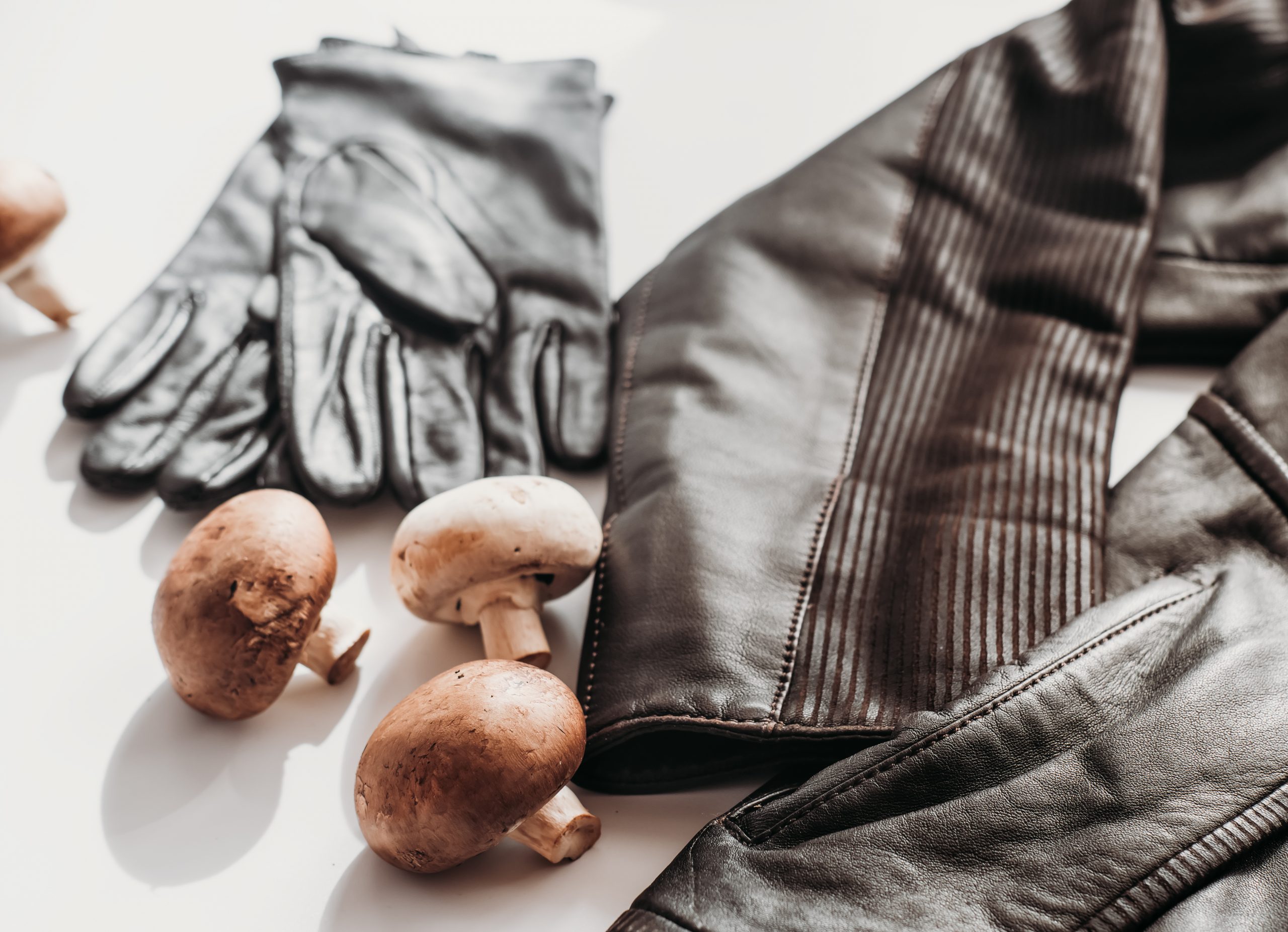 In England, Stella McCartney received some raised eyebrows in 2001 when she announced that her fashion brand would be 100% vegetarian. Fake leather, said critics, could never feel the same as the real thing, nor be truly “luxury”. But in the two decades since faux leather has had an unstoppable rise; from its squeaky polyester offerings in the Noughties to the stylish, innovative, plant-based materials we’re seeing today.

So, why choose fake leather? 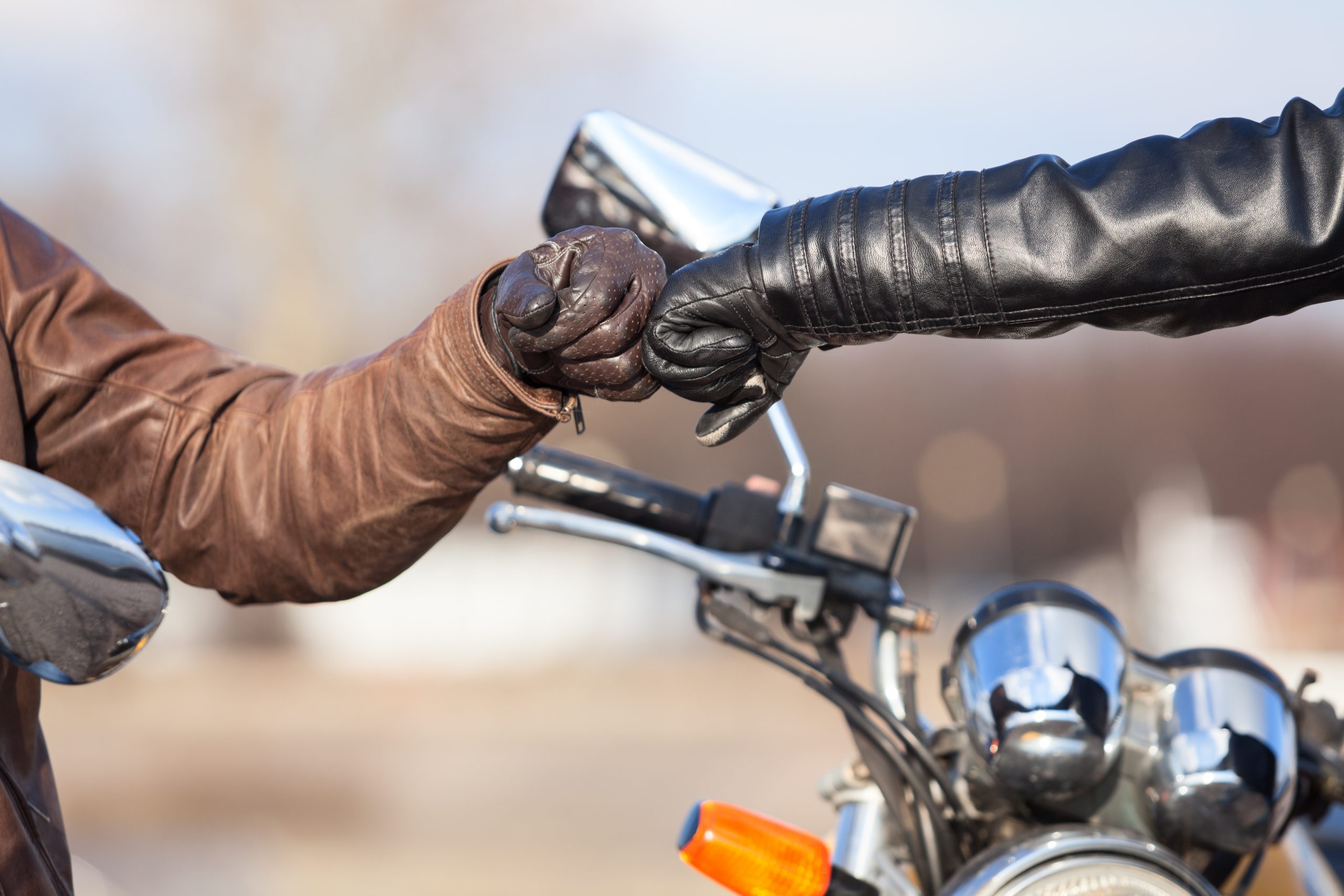 Even for those not gun-ho about sustainable fashion, just to skim the surface of leather production uncovers a whole host of alarming facts. Over three thousand gallons of water plays a part in the creation of just one pair of leather shoes: everything from a cow’s drinking water to the gallons used at the tanneries.

During production a whole host of other chemicals are needed in order to preserve the leather. Many have disastrous consequences for both the people that work in the tanneries, as well as their surrounding environment.

Cyanide, arsenic and formaldehyde are just some of the substances that are flushed into local waterways, polluting marine life as well as affecting the workers at the tanneries, who suffer from higher rates of lung and nasal cancers, as well as various skin diseases.

Another concept hard to stomach is the sheer waste of the process. Seventy per cent of a hide is thrown away as a solid waste, according to Gizmodo – that’s sinew, fat, meat and hair all filling up landfills unnecessarily, when you could opt for an eco-friendly alternative.

Right now, there are a host of companies investigating faux leather options that mean design-led consumers don’t have to scrimp on style to help save the planet.

I think one of the biggest compliments is when I know people go in and buy a Falabella bag or a pair of shoes, or a faux leather skirt, and they have no idea they’re not real leather,said the aforementioned Stella McCartney to Vogue. “I think that’s really where it becomes sexy. Where you’re not just providing an alternative, you’re creating a great product.”

This year, a vegan leather tote by Telfar was the bag of the year, worn by celebs like Selena Gomez. The brand’s drops sell out in minutes, with part of the appeal credited to the fun colours available (and a nice departure from the typical eco-beige) – everything from silver to electric blue.

Former auto designer turned accessories guru Vicki von Holzhausen made her own “Technik-leather”, which uses polyurethane made through a LEED-certified process that re-uses water and solvents in order to be 99 percent waste-free.

It is worth noting, though, that some synthetic alternatives also have negative eco impacts, due to shedding of microfibres during the object’s lifecycle. As ever, it’s a personal decision, and if vintage genuine leather is more your jam then check out thrifted.com, Oxfam online or your local charity shop.

Recently, there have been real advancements from companies looking to nature to fulfill our demand for leather. Take MuSkin (mushroom skin), for example.

Originally something of a pest, the Phellinus ellipsoideus  is a giant mushroom that attacks subtropical forests. But this fungus, helpfully for humans, has a suede-esque surface, as well as being able to absorb moisture and release it as quickly as a man-made fabric could. As an incredibly labour-intensive process, only small amounts can be made each month so it is harder to find companies that use it, but faux leather connoisseurs can pick up a pair of MuSkin sneakers from German company nat-2.

Cacti recently broke the vegan internet, due to an entrepreneurial duo from Mexico who created leather out of leaves from the prickly-pear cactus.

Using no irrigation whatsoever, Adrián López Velarde and Marte Cázarez  select and cut leaves every 6-8 months to make this partially bio-degradable, non-toxic leather, which conscious brand Luxtra has already used in the creation of some of its leather bags.

Using harvests that are already taking place could be another significant form of leather production. Pinatex (a leather made from pineapple leaf fibres) and apple leather (made from the discarded skin and cores of apples) both technically count as by-products – a win-win for those looking for cruelty-free and non-wasteful leather.

Check out Good Guys Don’t Wear Leather for their apple leather desert boots, or more mainstream brands for their Pinatex offering – both H&M and Abercrombie and Fitch have recently used the material in their collections.

Ultimately, though, despite advancements in vegan leathers there’s no one go-to company where it’s easy to shop for that coveted aviator jacket. We’ve got a way to go, but keep looking out for big-brand collaborations as a sign that faux leather’s future still smells pretty darn good.

What are you looking for?